Eileen commenced her flute studies at the Canberra School of Music in Canberra ACT Australia. Her first lessons were with Margaret Crawford. Margaret taught her the love of music, the flute and cemented the foundations and musical thinking that William Bennett was later to build on. Tone, expression, and colour were Margaret’s focus, Eileen still has the Caesar Franck Sonata with her little faces and expressions drawn for colour indications. The composer and the music were the essence to Margaret’s teaching.

Eileen completed a Bachelor of Music in Performance at the Canberra School of Music in 1979 with high distinction under David Cubbin. Eileen was a Commonwealth finalist in the ABC Concerto Competition that same year with the Mozart D Major Flute Concerto with the Adelaide Symphony Orchestra.

Looking to further her studies internationally Eileen went to Europe and studied with William Bennett (Wibb) in London for 2 years and during this time was accepted as one of 10 people to play for James Galway’s masterclasses in Switzerland.

The time with Wibb focused on tone, expression, colour, control, and legato line. His thinking and musical approach focused on every single note, making it sound beautiful, have life, intensity and meaning. Wibb was taught by Marcel Moyse who wanted the flute to have the same expression and beauty of a singer or violin.

While in London, Eileen busked weekly at Portobello Road with her friend Rebecca who was also studying with William Bennett. It was an excellent money earner. This weekend activity earned enough to travel to Paris for weekend sessions with Michel Debost and many other flute teachers.

Eileen taught at the Kent School of Music in the UK and attended Ramsgate Masterclasses with Peter Lukas Graf, Trevor Wye, and William Bennett.

Upon returning to Australia Eileen Performed Solo concerts, freelanced, and performed with the chamber music group “MUZYKA” in Melbourne. Eileen also represented John Lehner Flutes Australia for over 10 years in Melbourne. Eileen taught Bachelor of Music students at Melbourne University in 1981 for 10 years before moving to Brisbane where she freelanced and examined for the Australian Music Examinations Board throughout Queensland for 15 years.

During this time, Eileen travelled a few times to “Wildacres” flute retreat near Asheville USA where she again caught up with William Bennett and had the pleasure of being exposed to Stephen Preston who left a marked impression on her with his beautiful tone on the modern flute and subtle, elegant approach to Baroque music. Stephen Preston taught the importance of dance movement and steps in Baroque interpretation which was incredible fun. Stephen is a great lover of whistle tones and birdsong which created a keen ear for sound. 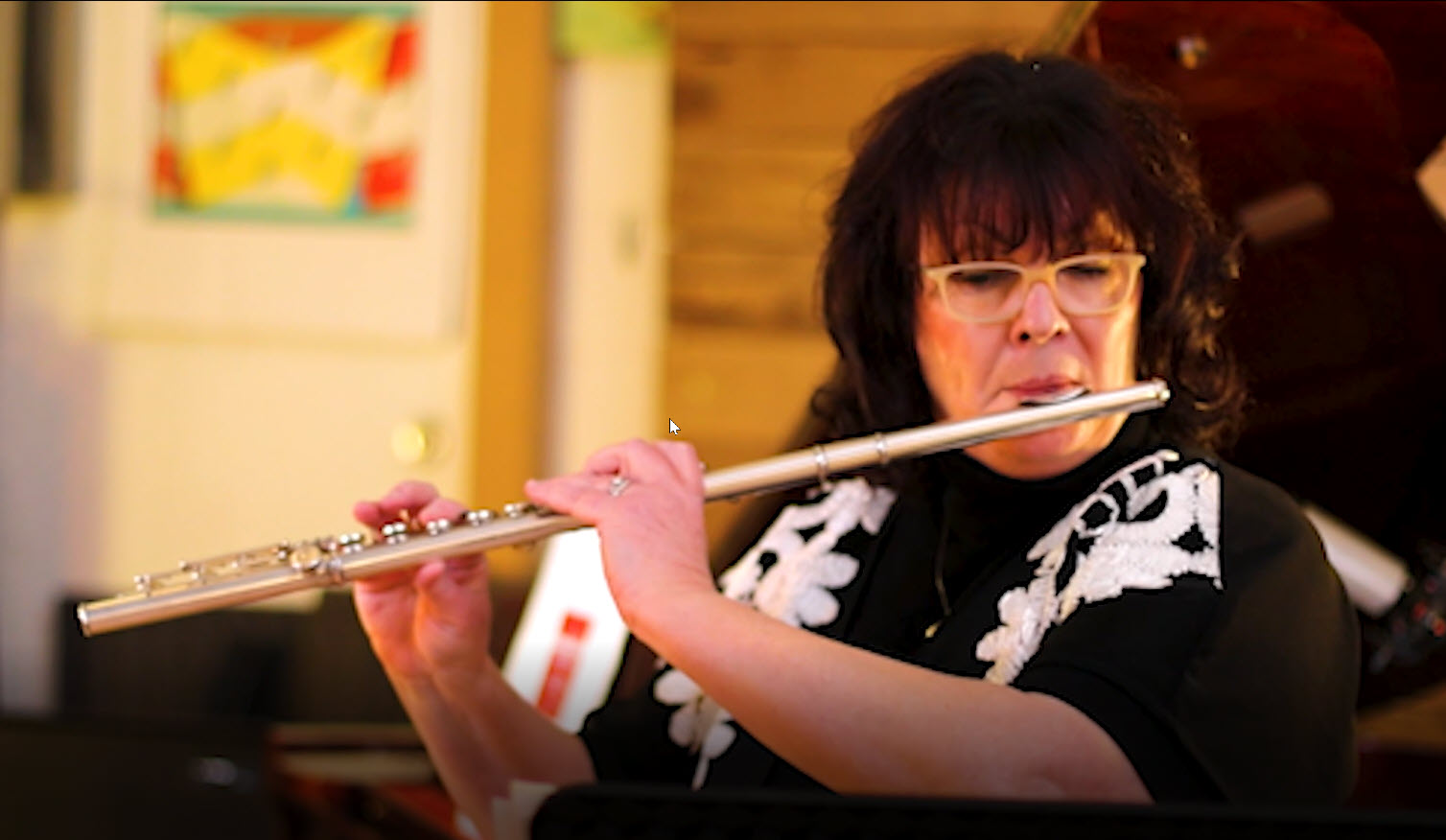 Eileen moved to Queensland and whilst examining she had the privilege of becoming acquainted with Robert Keene a very fine Australian pianist and composer. There were many lively discussions about sound and colour and Robert honoured Eileen by writing a Concertina for Flute and Chamber Orchestra for her. It delivered the timeframe and format of a Concertino composition which was scarce in the flute repertoire. The piece is gorgeous and named “Impatiens”. It has won well deserved composition prizes in Australia.

Due to family commitments Eileen took a substantial number of years away from her flute and career to focus on the needs of her children Laura and Amelia.

Eileen is passionate about bringing together into one place “TheFlautist.com” all her learnings and experience to help others. Utilising the content on the website and YouTube series “The Flautist”. The Flautist explores a vocal lyrical approach to the flute and tone and the challenges in repertoire and flute playing in general. The Flautist delivers the resources for the flute with guides for each piece and tools to assist with the challenges faced by flute players, as well as an understanding of the piece and composer and the era it was written.

A fulfilling life as a classical pianist, with a penchant for jazz and rock has led Kathy to be a versatile and entertaining pianist. Repertoire embraces different genres; classical, jazz standards, pop ballads, evergreens, Latin music, easy listening pieces and well-chosen contemporary songs adapted to her unique style.

Kathy grew up in Toowoomba, Queensland and studied piano in an undergraduate degree with Brachi Tilles, and the violin with Spiros Ranto. Further studies with pianists, Stephen McIntyre and Roy Shepherd at the Victorian College of the Arts in Melbourne gained a degree in Accompaniment and Chamber Music.
Currently working as a freelance pianist & keyboardist in Brisbane. Kathy is an Associate Artist at the Queensland Conservatorium part of Griffith University. Other work has been at the Southbank Institute & University Music Department as staff accompanist.
Kathy shares her passion through teaching positions at the Stuartholme School and for the past 30 years Kathy at Brisbane Girls’ Grammar School and Brisbane Grammar School both in a private teaching and associate artist role.
Memorable performances have been on the Vatican Organ and as pianist for a master class with legendary violinist Maxim Vengerov.
Kathy has toured with Musica Viva with their Arts touring project out of Sydney with her husband, drummer, and percussionist Barry Sutton. Also touring the same show with Barry throughout Queensland for the Queensland Arts Council.
Kathy has many years of experience performing on piano at National Band Championships, Austa Conferences and Workshops, the Australian Flute Festival, the National Youth Concerto Competition for QYO, to name a few. Kathy’s vast experience as a pianist is expressed through working with the Queensland Pops Orchestra for 9 years, in addition she has performed with the Fine Arts Trio, Barocka, Topology, and the Australian Session Orchestra.
Kathy has extensive experience in theatre work – latest shows have been “Dusty-The Musical”, “Miss Saigon”, “Phantom of the Opera” and “Mamma Mia”.
Extensive contemporary work highlights include shows with – Frank Sinatra – Liberace – Dionne Warwick – Grace Knight. Kathy has enjoyed working in the commercial music scene both as MD and as a performer with many years spent in working bands, she is also currently Musical Director of the Mood Music Musicians Collective.
Projects with Mood Music include her piano and bass duo, “The Amica Cocktail Duo”, Brisbane’s “Great Gatsby Band” and a new rebirth of the “Mood Music Orchestra” and “Piano Trio”. The team at Mood Music present classic and elegant music in all its forms for distinctive events in Brisbane and Southeast Queensland.

Kathy brings this wealth of experience to compliment and enhance The Flautist. 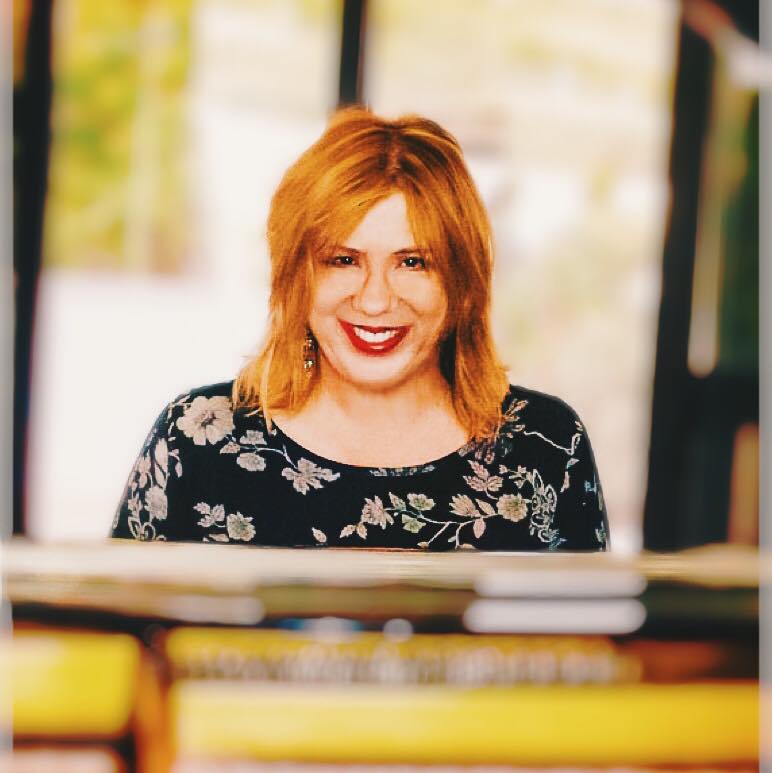